CamTrack was a Shareware that my brother, Nir Aides and I developed in the beginning of the 21st century. Our vision was to do to video chatting what emoticons did to textual chat. Nowadays the idea sounds trivial but at that time (pre iPhone era) it was innovative and was later copied and further developed by many others.

Here is a screen-shot of the digitalpeers website (courtesy of the WayBack Machine): 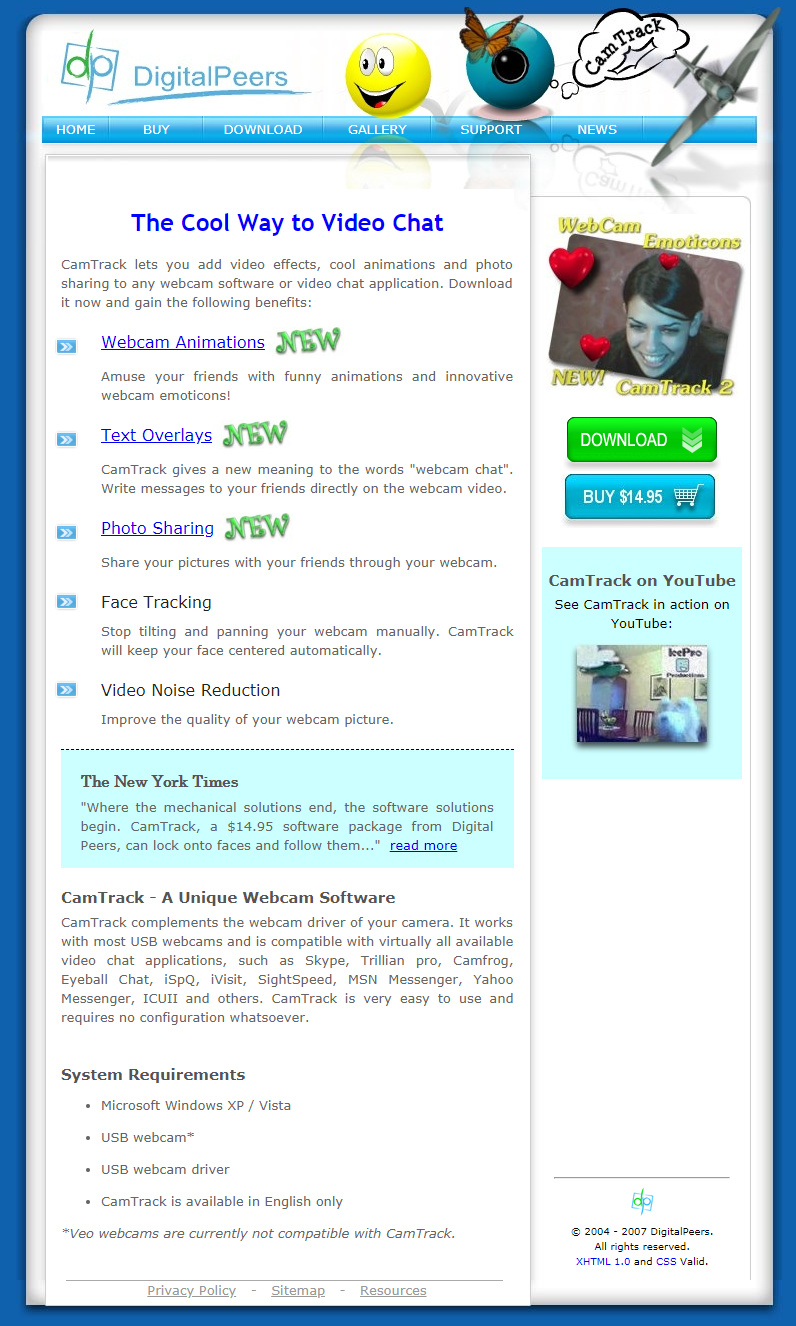